“Despite significant progress in both basic and clinical research, there is still a significant gap in our understanding of the effect of SCI on the respiratory system,” (Zimmer et al. 2007, p. 319). The respiratory system, including the lungs, respiratory muscles, and neural control system, is a complex integrated physiological system that is not yet fully understood. The respiratory system is unique in that it must operate in a cyclical and highly coordinated fashion for 24 hours per day in order to sustain life. Respiratory complications continue to be one of the leading causes of morbidity and mortality in people with spinal cord injury (SCI), especially among cervical and higher thoracic injuries (Rabadi et al. 2013; Cao et al. 2013; Shavelle et al. 2006). This continues to be the case despite recent advances in SCI patient care where acute and long-term mortality rates have been significantly reduced (Cao et al. 2013).

Respiratory system complications can be exacerbated by pre-existing medical conditions, history of smoking, advanced age and by therapeutic measures to manage the resuscitation phase of the injured patient. Respiratory dysfunction resulting from cervical SCI depends on the level of injury and the extent of innervation. The higher level lesions result in denervation of progressively more of the expiratory and inspiratory muscles as illustrated in Figure 1. Although the primary consequence of SCI is denervation of the respiratory pump, secondary consequences occur within the lungs because of the inability to effectively distend and inflate the lung to its full capacity. As a consequence, the compliance of the lungs diminishes with increasing time after SCI. 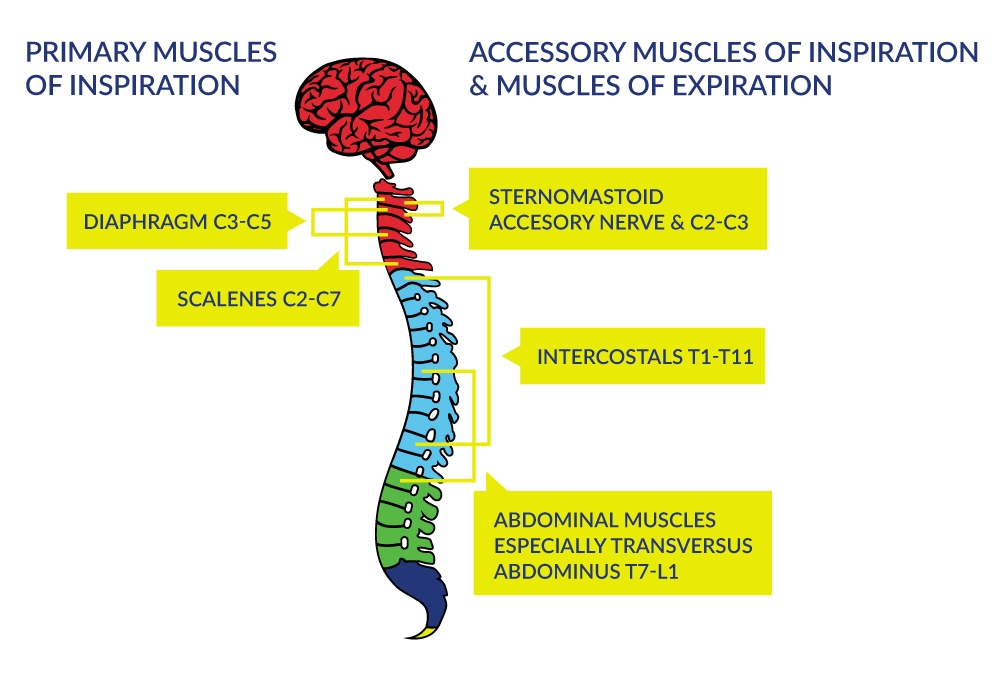 Figure 1. Innervation of the Respiratory Muscles

Complete paralysis of all muscles involved with respiration occurs when the lesion is above C3; this type of injury requires immediate and permanent ventilatory support in order to sustain life. The primary goal of ventilatory support is to ensure arterial blood gas homeostasis. When the injury is between C3 to C5 (innervation of the diaphragm), respiratory insufficiency occurs via respiratory muscle dysfunction. Although primary and some accessory muscles of inspiration are fully innervated with injuries below cervical lesions, the ability to ventilate at higher levels is still compromised because the intercostals and other chest wall muscles do not provide the integrated expansion of the upper chest wall as the diaphragm descends during inspiration. Furthermore, ventilation during exercise can be greatly compromised. The expiratory muscles actively contract in healthy people whereas partial or fully denervated expiratory muscles in those with SCI will diminish exercise ventilation and ventilatory reserve. Lung volumes reflect these diminished capacities for full inspiration and forced expiration in people with SCI. These pulmonary function measures are derived by having the person breathe normally followed by full inspiration and full expiration in and out of an apparatus that measures lung volumes (Figure 2). As expected lung volumes like the inspiratory capacity (IC) and expiratory reserve volume (ERV), are progressively smaller in higher cervical lesions versus lower thoracic and lumbar lesions (Baydur et al. 2001). 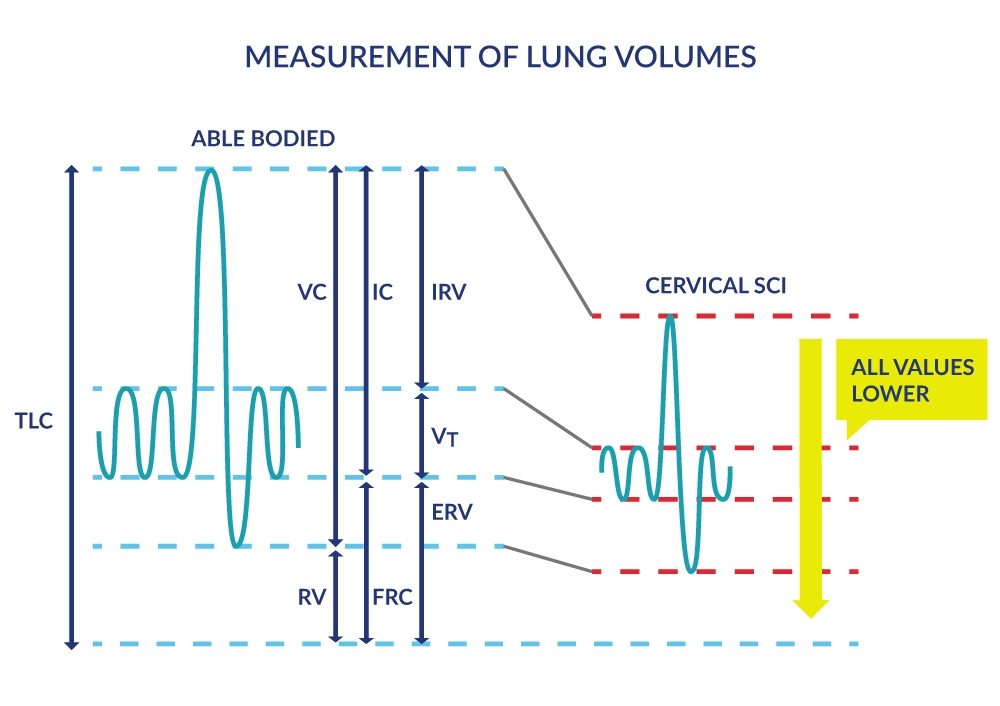 The forced expiratory volume in one second (FEV1) and forced vital capacity (FVC) are usually measured in apparently healthy people to detect airways obstruction. Due to reduced inspiratory muscle force, these measures are diminished in people after SCI with higher lesions and especially in people with tetraplegia (Linn et al. 2000; Baydur et al. 2001) and demonstrate moderate correlation with injury level (Baydur et al. 2001). Longer duration of injury and smoking are two factors associated with greater loss while incomplete lesions (compared to complete lesions) have lesser degrees of compromise of forced expiratory measures of FEV1 and FVC (Linn et al. 2000). SCI at most levels affects innervation of the abdominal muscles (Figure 1), which severely compromises the ability to generate cough and clear respiratory secretions. Cough generation is accomplished by a large inspiratory volume followed by an expulsive expiration produced by the expiratory intercostals muscles (thoracic roots) and the abdominal muscles (T4-L1). Cough is important as a defense mechanism to prevent respiratory tract infections and atelectasis. The respiratory system has other important roles such as speaking and posture-related activities which can also be negatively impacted by the SCI, especially with higher lesions. In summary, the respiratory consequences of SCI are readily apparent and are largely dependent on the level of injury. Additional large-scale cross sectional and longitudinal studies are required to fully characterize pulmonary function in SCI. Secondary respiratory complications related to other respiratory pathologies (i.e., chronic obstructive pulmonary disease, asthma) are not well described. In particular, the consequences of aging on pulmonary function are not well defined in SCI. With healthy aging there is a decline in lung function, primarily because of a loss of elastic recoil. Moreover, additional age-related changes that are known to negatively affect gas exchange are decreased surface area of the lung, decreased pulmonary capillary blood volume, increased dead space ventilation and decreased distensibility of the pulmonary arterial vasculature. A greater understanding of the interactions between SCI, aging and the respiratory system are necessary for comprehensive patient management. While it is clear that the respiratory system can be compromised with SCI, the salient question is: what intervention strategies are known to be effective in patient management? The subsequent sections are divided into commonly used respiratory-related interventions used for the respiratory management of the patient with SCI.